Come tour our newest facility, talk to scientists with a wide range of focus and learn more about the regions largest, longest running life science incubator. Since 2004 the PBC has assisted over 40 companies get started, provided a blueprint for other incubators to follow and provided training opportunities to hundreds of students via our partnership with the LA/Orange County Biotech Center, area schools and the Amgen Biotech Experience.

Tours, talks and demonstrations happen throughout the day with lite snacks and beverages served in our conference area.

11:00 – 11:30 AM
Onco Therapies will give a presentation on their innovative immunotherapy, soon be ready for Phase II clinical trials, that inhibits the spread of various cancers.

12:00 – 12:30 PM
Deton Corp explains the wide reaching impact the Cough Collector, their game changing sample collection device, will have on the rapid and accurate diagnosis of lower respiratory tract infections.

Ongoing throughout the day

Systine Inc. will be on hand to show off physical examples of the revolutionary semi conductor dry etching process they have pioneered.

Staff from the Amgen Biotech Experience will provide details on the unique educational program offered to schools around the world which teaches high school students advanced molecular biology laboratory techniques.

Learn about the fluorescent molecular probes that target bone that are putting BioVinc on the map.

During Connect Week we showcase the creativity and ingenuity that’s right here in our own backyard. From October 16-23 local innovators will host independently organized seminars, workshops, and social events all around Pasadena. Join us as we envision the future of tech and design and engage with local startups and industry leaders, and let your next big idea ignite.

Innovate Pasadena is a volunteer-driven 501(c)3 nonprofit organization dedicated to strengthening Pasadena’s innovation community through education and resource exchange. We have built a strong network of businesses, academic institutions, and community organizations. We leverage these connections to produce and support a variety of programs that have reached over 38,000 people.

returns downtown at the

Grab a friend, celebrate the changing seasons and get a jump on holiday shopping whille meeting and supporting local food artisans, crafters and makers, and do a little making and crafting of your own.

NEW: Venue! We’ve moved from the Reef to CMC

For up to the minute event news, including workshop, demo and DIY schedules, plus a complete list of our Fall Show makers, and more, be sure to visit our website and download the program the week of event at www.artisanalLA.com

I am pleased to share that DeVry University reached a resolution with the U.S. Department of Education (“the Department”) regarding the limitations action initiated in January 2016, which focused on our graduate employment records for the period 1975 to 1980, and their use in advertisements. While we believed in good faith DeVry University had sufficient substantiation at the time these ads ran, we agreed to a settlement to keep our resources and our people focused on our purpose… empowering students to achieve their educational and career goals.

I would like to highlight several key points related to the settlement:

On behalf of DeVry University, I thank you for your continued support of your alma mater. We are honored to help our students unlock their potential, change their lives for the better, and improve the world around us, just as you are doing today.

For over 40 years, Luis J. Rodriguez has been a leader for justice, clean environment, economic equity, and peace at home and in the world. In 1970, he was arrested during the largest peace protest in a community of color at the time, the Chicano Moratorium Against the Vietnam War, and held in murderer’s row of the Hall of Justice jail. Eventually released, Luis was politically transformed from the experience and left a life of crime, drugs and gangs by age 20. To stay out of trouble, Luis worked at Bethlehem Steel, National Lead, St. Regis Paper Company, as well as in construction and a chemical refinery. However, most of U.S. industry was being wiped out by the 1980s.

Luis then became a reporter/photographer for weekly East L.A. newspapers; a daily newspaper in San Bernardino; public radio; and a freelancer. In the early 80s, Luis covered the Contra War in Nicaragua and Honduras as well as indigenous uprisings in Mexico. Luis also worked for the American Federation of State, County, and Municipal Employees (AFL-CIO) in the largest union representation election in U.S. history at the time.

In 1985, he moved to Chicago where he edited and wrote for weekly political newspapers, local publications, and in news radio. He also worked with gang and non-gang youth in Chicago during its most violent period. He has long advocated against the imprisonment of the poor and working class in the U.S. and for restorative justice. In addition, he became active in the thriving Chicago poetry scene, birthplace of Slam Poetry, and founded Tia Chucha Press, now a renowned cross-cultural small press.

In 2012 Luis became vice-presidential candidate for the U.S. Justice Party with Rocky Anderson for president. In 2014, he ran for California governor, endorsed by the Green Party, Mexican American Political Association, and Justice Party, among others.

Today Luis is Poet Laureate of Los Angeles with 15 books in poetry, children’s literature, fiction, and nonfiction, including the bestselling memoir “Always Running, La Vida Loca, Gang Days in L.A.” His last memoir is “It Calls You Back: An Odyssey Through Love, Addiction, Revolutions, and Healing,” became a finalist for a 2012 National Book Critics Circle Award. His last poetry book is “Borrowed Bones” released in 2016 by Curbstone Books/Northwestern University Press.

Mr. Espinoza is a retired Civil Service professional with 40 years of social work experience. He has knowledge of principles and methods of planning, developing and implementing a variety of human social services programs and practices.

One of his major accomplishments was to assist the City of Pasadena, both politically and as a clinician, to adopt a city policy on children, youth, and families. Mr. Espinoza uses an approach which is both psychosocial and spiritual, and is an experiences coordinator and supervisor of both volunteers and service providers.

Mr. Espinoza has experience with a range of modalities and interventions to serve families, youth and the community in a comprehensive way. He graduated from the University of Southern California with a MSW, and California State University Los Angeles with a Bachelor’s degree in social work.

Enter your group in the Parade or Jamaica Celebration
All interested individuals, schools, organizations and community groups that wish to take part in the Latino Heritage Parade or Gran Fiesta can do so by contacting the Villa-Parke Community Center at (626)744-6530.

You are invited to be a part of Masters of Taste 2017, an outdoor, luxury food and beverage festival that will take place on Sunday, May 7th, 2017 from 3:00 pm to 7:00 pm on the field of the Historic Pasadena Rose Bowl!

Masters of Taste 2016 attracted 2,000 guests and garnered media attention throughout Southern California and beyond. Masters of Taste 2017 is expected to bring over 2,500 food and beverage enthusiasts together for one afternoon to celebrate this exhilarating festival, which will include the finest fare from over 40 Master Chefs and restaurants, signature handcrafted cocktails from L.A.’s Master Mixologists, tastings from 25 spirit bars, wineries, local craft breweries, live entertainment and much more.

100% of the proceeds from Masters of Taste 2017 will directly benefit Union Station Homeless Services, a 501(c)(3) nonprofit organization committed to helping homeless men, women and children rebuild their lives. Union Station is part of a premier group of human services agencies in Los Angeles County that are leading the way to end homelessness in our community and offers an array of services including street outreach, meals, shelter, housing, case management and career development. Last year, Masters of Taste 2016 raised over $425,000 for Union Station Homeless Services, and in 2017 they hope to grow that number to $580,000.

Mark your calendars and save-the-date to savor the finer things at Masters of Taste 2017. 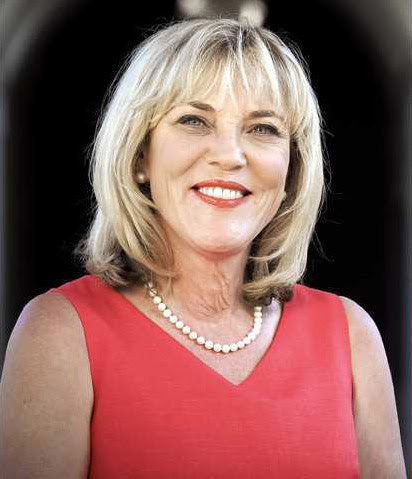 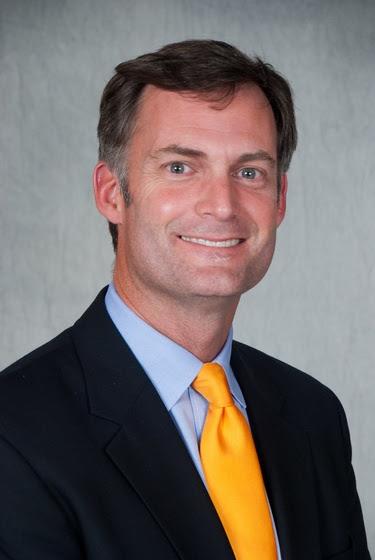 This will be the last showdown of the County Supervisor Candidates in our area before the runoff election next month. Antonovich aide Kathryn Barger and entrepreneur Darrell Park will face each other in a special edition of Larry Mantle’s Airtalk program.

We want to make sure that the No Big Issue is a highlight of the debate, so please come early to take a stand and greet attendees politely with the facts about County Flood Control Districts’s Big Dig program for Hahamongna Watershed Park before the debate begins.

RSVP for the Debate

The first twenty people who show up for the No Big Dig event at 6 pm will receive a free tshirt.

The location was previously Pampa, a high end furniture store, which closed several years ago. The space has been empty for a while and there was rumors that Panera was looking at the space. Now it is official that Granville Cafe is coming to this location. With Urban Plates recently opening across the street there will be many choices for places to dine.

Back in 2014, we announced our intention to retire Panoramio in order to invest our efforts into improving photo-sharing experiences directly inside Google Maps.  In response to your feedback, we postponed these plans and worked to add features to Maps that better support the level of engagement that you have enjoyed with Panoramio. Today, with photo upload tools in Google Maps and our Local Guides program, we are providing easy options for you to share your photos with an active and growing community. As such, we’ve decided to now close down Panoramio. To make this transition easier, we’ll provide several options to continue sharing photos through other services. If you choose, you can also export all your data and take it somewhere else.

After November 4, 2016, you’ll continue to have access to your photos in Panoramio for a year, but you will no longer be able to add new photos, likes, or comments.  Below, we’ve included resources to help you manage or export your data.

1) Keep your photos in Album Archive

2) Export your photos to a local zip file

To keep adding photos to Google Maps and engage with a growing community of photographers, join the Local Guides program. You can earn points and unlock rewards for photos submitted with a Google account when they are linked to a point of interest or business. Many of your Panoramio photos may already be counted.

If you prefer to no longer share your photos with Google Maps, you can delete your Panoramio photos or your entire account at any time.

Please see our Help Center article for more information and the various options you have to save, transfer, or delete your content. We’ve appreciated your contributions over the years and hope you will continue to share amazing photos with the world.