If you have ever had issues with Charter/Spectrum you will identify with the frustration of every call.

Here’s just another example of how Charter/Spectrum treats its customers.

I have been a customer for several years.  Phone and internet for most of the time.

Last month I decided to try the video service because Spectrum claims you can watch all programs anywhere.  Using their Spectrum TV app.  Which by the way is a lousy app, full of bugs and not very user friendly.

I signed up for the TV Video service went to the local store, picked up a receiver which is still the same bulky loud hot receivers they have been using for 10+ years.  The same lousy remote.  The same lousy guide.

After hooking it up, and trying to use the app to watch tv programs, may would not work, they had blocks. Meaning if you subscribed to a channel you cannot watch it if you are not on your internet home connection. What good is this?  This is false advertising. And these tactics are bait and switch.

After a few days of going back and forth and calling Spectrum support, one rep had me try a few things. Well that didn’t work either. So I decided to cancel the video service.  Within 7 days. Spectrum has 30 day MBG. When I called and returned the receiver/equipment the rep was rude and arrogant. I told him I did not want the TV/video service. That it did not work as advertised.  He proceeded to make all sorts of claims about the service.

After disconnecting the video/tv service my rate jumped to $80 for phone and internet.

So what are the options and how does one file a complaint with local city officials so that Charter/Spectrum is held accountable for their unscrupulous practices. 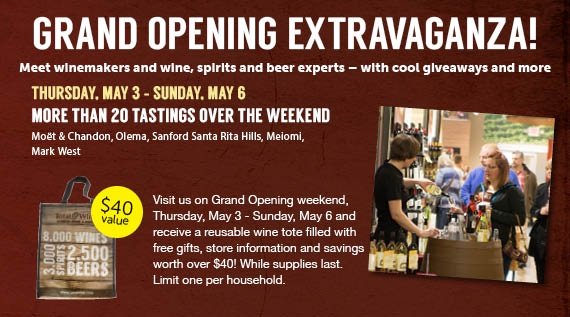 If you haven’t been to a store , prepare to be amazed by our incredible selection of wines, spirits and beers, all at the lowest prices!

Please join us for our Grand Opening samplings all weekend