Here’s a look inside the Pasadena location:

TLT was hiring as of recently:

Hey folks. We are hiring for both our Newport Beach and Pasadena store. If you know someone great for the job please tag them. Looking for people who love the brand. Dm or go to the website for additional info

Step into style and sophistication at the brand-new Residence Inn Los Angeles Pasadena/Old Town. Situated in the heart of Old Town Pasadena, our state-of-the-art hotel offers an urban vibe and easy access to world-class restaurants, shops, theaters, museums and art galleries. The Rose Bowl is less than five minutes away, and several meticulously maintained golf courses are within close reach as well. Start the day on a high note with our free hot breakfast, and be sure to come back in the evening for our lively social hours. Get active in our fitness center, featuring a variety of free weights and cardio equipment, and soak up the SoCal sun from our outdoor pool. After an action-packed day, unwind in spacious suites featuring sleek decor, free Wi-Fi and separate spaces to live, work, dine and dream. Our hotel in Pasadena, CA offers a meeting room for corporate and social events, and our picnic area is the perfect place for a barbecue. Make a reservation at Pasadena’s only extended-stay hotel today!

Nikka Fish Grill closed recently and the windows are covered as a new restaurant prepares to enter.

Harlowe’s is brought to you by the team behind The Bottle Room from Whittier. Chef Tony.  Check out the menu here.

Trader Joe’s has several locations in Pasadena, CA.  One location with a smaller location is on Rosemead Blvd and Huntington is slatted to relocate either in the coming months or in early 2017.

The new location was announced in mid June 2016 on the Trader Joe’s website.

The new location for the Trader Joe’s is where the How’s Market used to be located at 3035 E. Huntington Dr
Pasadena, CA 91107.

Tasty Made burger restaurant will open in the fall of 2016, in Lancaster, Ohio.

The menu will feature burgers, fresh-cut french fries and milkshakes.

As competition heats up in the burger space, Chipotle believes it can do it better as it is suffering from the food borne illnesses and failed promotional marketing efforts to boost sales.

Chipotle is also investing in the pizza and Asian fast food concept restaurants.

More details are forthcoming as the Tasty Made location opening approaches.

END_OF_DOCUMENT_TOKEN_TO_BE_REPLACED
“Comic-Con” – The Craziest Event Ever!

What’s all the hype around about “Comic-Con”? Despite its’ popularity and the attention it continues to gather each year, I’m sure still many of us really haven’t heard much about the most-happening, the well-known international Comic-Con event! So, in this article, you get an insight on the international event that you’ve not known until now.

The ABC {All (a)Bout Comic-Con}

The name – Comic-Con International is an event hosted each year at San Diego which is commonly known as Comic-Con or the San Diego Comic-Con or “SDCC“. It’s a four-day event (Thursday–Sunday) held during the summer at the San Diego Convention Center, California. It was founded as the Golden State Comic Book Convention in 1970 by a group of San Diegans, which included Shel Dorf, Richard Alf, Ken Krueger, and Mike Towry.

At the Comic-Con event, along with panels, seminars and workshops with comic book professionals, there are previews of upcoming feature films, and portfolio review sessions with top comic book and video game companies. The evenings at the event include awards ceremonies, the annual Masquerade costume contest, and the Comic-Con International Independent Film Festival, which showcases shorts and feature-length movies that do not have distribution or distribution deals.

Comic-Con features a large floor space for exhibitors where media companies such as movie studios and TV networks, comic-book dealers and collectibles merchants participate in exhibitions. The event also includes an autograph area, as well as the Artists’ Alley where comic artists can sign autographs and sell or do free sketches. While at the event, many animated shows are represented, a high number of non-animated shows are also promoted by studios and the networks along with Sci-fi TV shows, HBO and Showtime which are also big attractions for people.

Why is Comic-Con so Popular?

Here’s why everyone talks about the San Diego Comic-Con event in the United States.

Comic-Con’s an international event held each year globally that caters to and/or deals with different parts of pop-culture and media. While people get to visit anime conventions, gaming conventions, comic-specific conventions, and others that deal with a specific part of popular media; they are fairly small. Whereas, San Diego Comic-Con International (SDCC) deals with it all at once which makes it HUGE and therefore attracts a much bigger crowd.

Another reason for Comic-Con’s popularity is its’ geographic existence and relationship with Hollywood, i.e., the fact that Hollywood is in close proximity to San Diego. A fact that a major portion of the people who spend their money on the movies and related merchandise are seen attending the SDCC event too; hence, making the Comic-Con event lot more popular.

The Comic-Con event was held this year from July 21 – July 24 at the San Diego Convention Center that had thousands of heads turning up at the event making it once again a huge hit!

Here’s a quick run-down on things you need to know before you attend the craziest Comic-Con event next year.

Comic-Con has gained tremendous media attention as it’s seen to be mentioned in a number of TV shows like The Big Bang Theory and NBC‘s Chuck in the episode “Chuck Versus the Sandworm” where the characters enjoy attending the event. Also, Filmmaker Morgan Spurlock released a documentary movie in 2011 at the convention named Comic-Con Episode IV: A Fan’s Hope. The Writer Robert Salkowitz used the 2011 Comic-Con as a backdrop for his book Comic-Con and the Business of Pop Culture focusing on the analysis of the comics industry’s 21st century dilemmas and what the future has in store for it.

If you wish to have your comic book, pop culture, fandom, anime, etc. convention listed, click on the link – Comic Con Conventions Calendar.

There’s absolutely no more wait if you are excited to participate in the Comic-Con event as you get the details of the event in your region by clicking on this link – Comic-Con Festival Calendar 2016-2017.

Be ready for Comic-Con 2017 and stay safe while you get crazy like never before at the “Comic-Con” event! 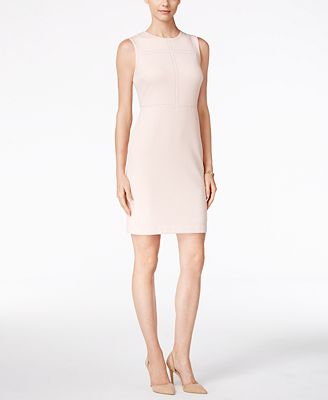 The dress at $138 is currently out of stock. Apparently Ivanka designed the dress.
https://twitter.com/ScottEMarvin/status/756544405641629696
Ivanka Trump’s sophisticated sheath dress works wonders at both social and professional occasions with sleek studwork and a fabulous fit.

Ivanka Trump has her own line at Macy’s. You can see more items here.

Ivanka Trump wears $138 dress that she designed to introduce her father at #GOPConvention. https://t.co/qmKhdaBTMV pic.twitter.com/T3IJ6xZrxx

END_OF_DOCUMENT_TOKEN_TO_BE_REPLACED
Verizon Close to Buying Yahoo for $5 Billion, What Does it Mean?

Verizon is closing in on a deal to buy Yahoo for $5 billion.

What does this mean for Yahoo?

What does it mean for Verizon which recently purchased AOL for $4.4 billion.

Is Verizon making a play to acquire established portals as it builds a platform to unify? Is it using these platforms to market their communications services? Will Verizon make a play for advertising platforms unifying AOL, Yahoo and Verizon mobile, internet and video  customers?

Verizon even with Yahoo and AOL will have its work cutout to compete against Google and Facebook in the advertising space. But it could make a play. Perhaps if offers a platform that reaches an audience that is more receptive to targeted ads.

Verizon will surely stand out from the other telecommunication space competitors.  AT&T, Sprint, T-Mobile have no online portal digital assets.

How many people will Yahoo layoff, what happens to Marissa Mayer, who many blame for the downward spiral at Yahoo.  Interesting enough that AOL under the leadsership of Tim Armstrong attempted to merge with Yahoo a year ago, but failed.  Now AOL and Yahoo could be under the same corporate umbrella, but AOL has a year lead in this corporate environment and Armstrong was probably key on the acquisition deal points with Yahoo. It sure would be interesting to see some of those negotiations between Mayer and Armstrong….

Producers have excess products like overruns or packaging changes.

Grocery Outlet helps out by buying up that excess inventory at big discounts.

These discounts get passed on to shoppers and that’s why Grocery Outlet has such amazing deals every day.

Each store is a local, independently run, family business.