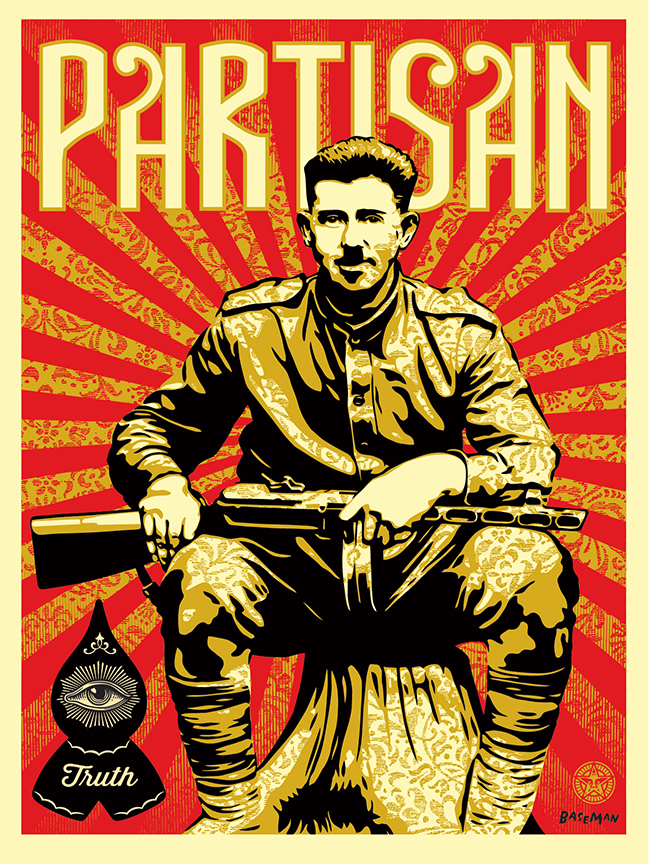 History comes alive in Partisan, a dynamic collaboration between Shepard Fairey and Gary Baseman, featuring Ben Baseman – a freedom fighter who fought in the woods of Poland for over three years during World War II. Ben Baseman survived the mass murders that took place in 1941-42 in cities across Eastern Europe, including his hometown of Berezne. After losing his parents and many loved ones, he fought for freedom and miraculously survived. Ben Baseman lived to the age of 93, having raised four children in the Fairfax district of Los Angeles that includes the artist Gary Baseman.

Partisan will be available at the Skirball Cultural Center on Thursday, April 25, 7:30-11pm, at Gary Baseman’s House Party, the opening event of Gary Baseman: The Door is Always Open. The night will include DJ Shepard Fairey, live music by Nightmare and the Cat with Gary Baseman “playing brushes,” games and prizes, art making and late night tours. Open to the public, tickets are available at the door or online at https://www.skirball.org/programs/music/gary-baseman-house-party