The LA Preview Guide is now online!  Get a sneak peak of all the great exhibitors, speakers and activities happening at the this year’s festival.

Goldstar has comp and discount tickets available, but hurry!

Los Angeles Green Festival returns to the Los Angeles Convention Center September 12th, 13th and 14th! At Green Festival®, there is something for everyone interested in living a more sustainable and healthier life. Experience the widest selection of products and services to work green, play green and live green – from food, fashion and health, to energy, construction and design. Enjoy vegan and vegetarian cooking demos, educational activities for kids and families, panels featuring inspirational speakers, and live music and entertainment. Shop in our unique marketplace of more than 250 eco-friendly businesses – everything from all-natural body care products and organic clothing to Fair Trade gifts, beautiful home renovations made from renewable resources, plus vegan and vegetarian offerings based on organic, non-GMO or local, artisanal foods.

For the past 13 years, Green Festival has been committed to helping people in America find solutions to make our families and communities healthier – socially, economically and environmentally. Join us at the largest and longest-running sustainability event in the country and celebrate with the best in green living.

Note: Ticket holders or attendees of the event consent to being filmed, photographed, and recorded as members of the audience. The resulting film footage, images and recordings may be used to promote Green Festivals, Inc. in print, various forms of media, and on websites. You consent that the footage remains our property and we may use it in conjunction with promotion of our event however we choose.

We’re still on the hunt for volunteers in LA.! Donate a few hours of your time and receive free Green Festival admission, a special t-shirt, snacks, special discounts and more!  For more information visit greenfestivals.org/volunteer.  “It was marvelous and I loved every minute of it – can’t wait until next year”. – Adrienne Green Festival Washington DC 2014.

Discount Available for Groups of 10 or more!

Bring your group to Green Festival!  We are the perfect event for your School Group, Sustainability Program, Non-Profit Group, or co-workers for an afternoon of learning, shopping and exploring the best in Green Living.

The LA River Boat Race. All levels welcome; pay what you can; kayaks & equipment available; limited slots. Yes, we want YOU to participate by paddling in this first-ever event of its kind on the river! Challenge a friend or two to join you over Labor Day weekend in this friendly competition and river celebration (AUG. 30, SATURDAY, between 11am-3pm). If you absolutely can’t race, then come and cheer on others, meet and watch some celebrity racers! Go for prizes, get a cool race T-shirt or just have an awesome day at the river! Don’t miss out; SIGN UP NOW:

Thanks for spreading the word!
We look forward to seeing you out there!!
– The LA River Expeditions & Electric Lodge staff

Model S is the world’s first premium electric sedan and sets the standard for 21st century performance. Designed from the ground up as an electric vehicle, Model S provides unprecedented range and a thrilling drive experience. 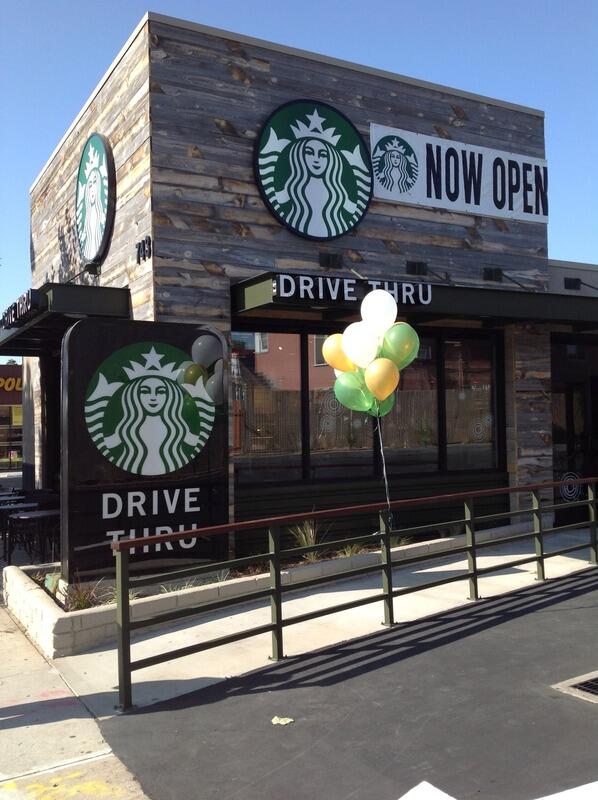 What used to be FatBurger in Pasadena on Lake Ave has now been remodeled into a Starbucks.
The new Starbucks location located at: 743 N Lake Ave., Pasadena, CA 91104, is scheduled to open August 22, 2014.
Not sure of any specials or promotions taking place to celebrate the opening of this new location.

Here’s the streetview from Google as it appears occupied by FatBurger.

See Pasadena CUP application notice hearing that took place in July 2014. Now a little over a month later, the location is now opening, that is some quick work on behalf of Starbucks. The location looks modern and great, a real improvement over what was a run down empty abandoned looking building previously occupied by FatBurger.

Subject to the review and approval of a Conditional Use Permit, the restaurant may operate prior to 7:00 a.m. and/or after 10:00 p.m. The sale of alcohol is not proposed with this application 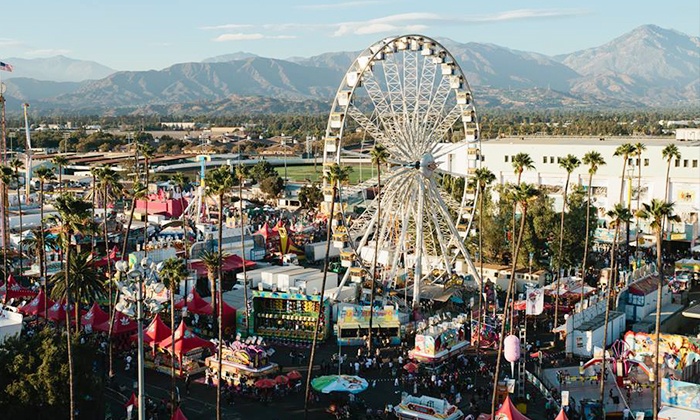 Celebrate the 92nd Anniversary of the Los Angeles County Fair! We’ll be bringing you fun trivia, cool photos and even cooler promotions!

County fairs are much more popular than county unfairs, where vendors hold cotton candy just out of reach and the strongman contest is rigged with balloon dumbbells. Level the playing field with this Groupon.
Choose Between Two Options

2014 Los Angeles County Fair
The 2014 Los Angeles County Fair celebrates the best of Southern California—and many other parts of the world. Luminasia lights up the fair with Asian-inspired, whimsical lanterns that are handcrafted from China. Blossoms sway in the Flower & Garden Pavilion and Atrium, devoted to Chinese-style gardens and exhibits of the flora and fauna of China’s tropical rainforests. The Beneath the Sea exhibit brings fairgoers face to fin with sharks, stingrays, and sea lions. Capuchin monkey Mojo rules over the Wild and Crazy Lagoon and its other creatures. Drawn from closer to home, hundreds of Californian crops surround a barn where visitors can milk a goat or maybe even witness a calf hatching from its egg.

Humans and superhumans get their day in the sun, too. The Hall of Heroes has real-life rescuers stand side by side with Batman, Spiderman, and Superman—perhaps standing ready in case any swashbucklers escape the Pirates of the Sky stage show and try to conscript members of Esmeralda’s Traveling Circus.

As the sun sets, the doors of Grinding Gears creak open, revealing a steampunk-themed nightclub where bands and DJs mix pop and industrial sounds as acrobats flip through the air. And late into the night, the lights of a slew of traditional carnival rides whirl through the air like exceedingly well-behaved fireworks.

Coming Soon: KPCC is looking forward to being a part of the 2014 AxS Festival by hosting a variety of events at our Crawford Family Forum.

AxS is a two-week city-wide festival that explores the nexus of science and the arts. More details will become available soon, but programs will include an installment of NEXT: People | Science | Tomorrow; Planetary Radio Live; and a Community Cinema screening of “MAKERS: Women in Space.” Watch for more information at kpcc.org/forum.

AxS [ak-sis] is a two-week citywide festival produced by the Pasadena Arts Council that explores the nexus of artistic and scientific inquiry, promoting experimentation and cross-fertilization between these disciplines. It is our conviction that the interplay between human curiosity, scientific investigation and artistic risk-taking reflects a cultural zeitgeist that not only defines Pasadena as the City of Art and Science, but also illuminates the richness, diversity, and sheer innovation of human aspiration and achievement in the 21st century.

In fall 2014 Pasadena Arts Council will present the sixth AxS Festival, a proving ground where ideas, scientific theories and leading-edge technologies converge with artistic innovation across a multidisciplinary platform of architecture, new media, visual art, music, theater, educational programs and provocative conversation. The AxS Festival is a response to our contemporary cultural condition — a concentrated exploration designed to ignite and inspire the imagination of audiences and participants alike.

AxS Festival 2014 invites you to a two-week expedition — presented at partner venues throughout the city — across uncharted territory on the boundary between art and science.

Read Williamson Gallery Curator Stephen Nowlin on Pasadena | City of Art + Science
Read Under the Microscope — Suzanne Muchnic in Art News on the intersection of Art and Science.

SUPPORT ART + SCIENCE IN PASADENA
The AxS Festival is made possible by your generous support.
Click HERE to make an online donation.

Experience the #IceBucketChallenge phenomenon that’s spreading ALS Awareness across the country. See what others are doing on:

Pat Quinn, a Yonkers native who was diagnosed with ALS, hopes to raise funds and awareness to fight the disease, also known as Lou Gherig’s disease.

Quinn is credited for started the wave several months ago, and the momentum picked up from there.

Quinn, who is 31, was diagnosed with ALS, or Amyotrophic lateral sclerosis, also known as Lou Gehrig’s disease.

As of Monday, the ALS Association reports that it has received $15.6 million in donations compared to $1.8 million during the same time period last year (July 29 to Aug. 18). These donations have come from existing donors and 307,598 new donors.

As of Tuesday, August 19, The ALS Association has received $22.9 million in donations compared to $1.9 million during the same time period last year (July 29 to August 19). These donations have come from existing donors and 453,210 new donors to The Association

Make a donation to ALS here.

Find an ALS Association
chapter near you.

Free Gift With Purchase of Select Items at Newegg.com

Nightly Specials at the Flintridge Proper.
The Proper Celebrates La Canada Flintridge with nightly specials designed specifically for our friends and neighbors in the community.

So bring your family tonight or any night, because every night is special at The Proper.

Mondays & Tuesdays
The Proper thanks La Canada Flintridge for their
support with Neighborhood Nights.
BUY ONE ENTREE
GET THE 2nd FOR JUST $5
every Monday & Tuesday Night after 4 pm (dine in only.)

Sundays
Our famous Pot Pie is available every Sunday evening for a
Proper Sunday Dinner the whole family will love.
Made with slow cooked Pulled Chicken, Carrots, Peas and
flaky top AND bottom crusts cooked in a cast Iron Skillet,
it’s what a Pot Pie wants to be.

Weekend Brunch
Brunch
Every Saturday & Sunday morning
from 8:30a-2:00.
We serve a Proper Farm-to-Table Brunch
along with Classic Cocktail “Eye-Openers,”
fresh baked pastries and the Best cup of Coffee in town.

EVERY AFTERNOON –
including Saturdays & Sundays – from 3 till 5.

About the Flintridge Proper…
The Proper is a new kind of neighborhood restaurant which, like the pubs of Ireland & England, aims to provide a warm, “authentically local” gathering place for friends and family of all ages to meet and celebrate while, at the same time, offering a higher level of service and cuisine than is normally found in traditional “mom and pop” restaurants.
Our chefs prepare unique farm-to-table versions of Classic American Comfort Food and Regional Specialties featuring locally-sourced, sustainable ingredients and they make nearly everything from scratch. From the English Muffin and Jam at brunch to the American Cheese on our house-ground Proper Burger, it’s all crafted in-house… with care.
We also boast a classic cocktail bar featuring The World’s Largest Selection of Gin. 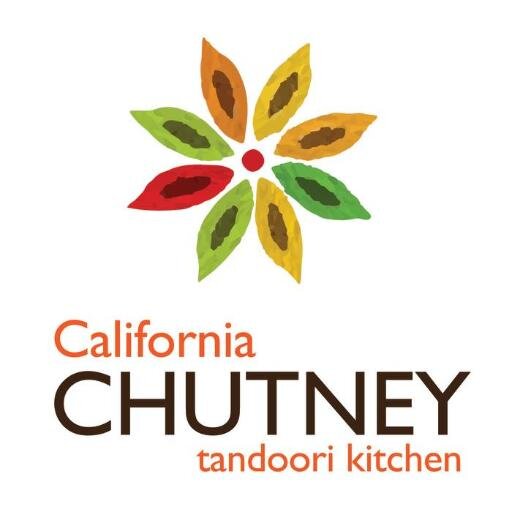 Location is in Pasadena, Raymond Ave,  Across from Slaters 50/50 in what was previously the Honda Design Center.

We don’t have a lot of details, but are excited to learn of this new location opening.