On Saturday August, the 6th, Pasadena’s own Claud Beltran of Bacchus Kitchen will be at Muir Ranch their tabletofarm dinner.
Claud is chef/proprieter of Bachhus Kitchen and The Eatery on Allen. The menu will feature local, organic produce farm at Muir Ranch and other local farms.

It will be warm and then lovely as Pasadena drops 20 degrees at night into perfection.

Parking available at Ranch via Wyoming Ave. gate on north side of campus.

Your ticket is tax-deductible as it supports our nonprofit employing and training young adults on our “teen jobs program that looks like a farm.’

ALL ticket come with a complimentary bouquet
For an additional $30 you can have you picture taken with #flowersonyourhead.

For all the virtual reality games you have played till date, Pokémon Go has promised to take you to a different level of augmented reality. I’m sure you’d have it on your favorite list among the other games on your smart device once you play Pokémon Go.

Here’s a guy I ran into last week on Lake Ave in Pasadena hunting for Pokemon.

What is PokémonGo all about!

Pokémon Go is an augmented reality mobile game developed by Niantic which was released in some countries on 6th July 2016 for iOS and Android users. It is a free-to-play location based game where the game app uses the GPS and the camera of the phone to allow the user to capture, battle and train virtual creatures called Pokémon. These Pokémon appear on the device screens that bring the look and feel of reality to the user. The game has two modes that offer single and multi-player functionality.

How to get started with Pokémon Go?

Like every other virtual reality game, a player needs to create his/her avatar by selecting a hair, skin, eye color, style and outfit after establishing the game account successfully. Once the avatar is created, it’s displayed at the player’s current location along with a map of the player’s immediate surroundings. The game app uses the GPS and camera to capture the details of the player’s immediate surroundings. Features on the map include a number of PokéStops and Pokémon gyms. Click gameplay to read more about the game.

An optional companion Bluetooth wearable device, the Pokémon Go Plus, is planned for future release that will enable the players to perform certain actions without looking at their smart device.

Although Pokémon Go is released in most of the countries in the West, it is yet to be launched in the East and the Asian countries. The game was released in the United States, Australia and New Zealand on July 6, 2016.

The Pokémon Go fever is spreading across users in the countries where the game is launched. It has become the fastest game to top the App Store and Google Play, beating the Clash Royale and Candy Crush Saga. Within two days of its’ release, it was installed on more than 5% of Android devices in the United States, according to SimilarWeb. On July 12, the game became the most loved and most active mobile game in the United States with 21 million active users, breaking the previous record of 20 million users who played Candy Crush Saga. Such positive response from the users has been a boon to the stock value to the Pokemon Company and Nintendo.

Pokémon Go is an augmented reality game which has been suggested that it can potentially improve the mental and physical health of players suffering from depression and social anxiety. The social nature of the game provides easy avenues for those with social anxiety to interact with the people of all backgrounds. Numerous people have reported increased sense of motivation to exercise and improved moods.

END_OF_DOCUMENT_TOKEN_TO_BE_REPLACED
Windows 10 Upgrade – Should You Do It?

Microsoft is stepping it up, and it wants everyone who can upgrade to Windows 10, to do it, offering incentives including a free upgrade until July 29, 2016.  Will the date be extended? Perhaps, as the one year anniversary of the release of Windows 10 approaches, approximately 350 million devices are now running Windows 10, this is a sizeable number by any standard.  Still may companies and individuals remain on Windows 7 and 8, with some still on Windows XP.

The best advice seems to be to upgrade provided your applications are compatible and that you have backed up your files and that your hardware is capable.

Most hardware is capable.  How it performs after the upgrade is up for debate, and your mileage may vary, taking a five your old Dell desktop and upgrading it to Windows 10, could be the best thing you do, or it could be a disaster. Fortunately Microsoft is offering “free” support, for instance if you have trouble activating a copy of Windows 10, or download the Windows 10 upgrade, you can go on chat, email, or call, and get support fairly quick and attempt to resolve your issue.

An update to Windows 10 is forthcoming with some upgrades. Stay tuned.

I would expect to see Microsoft stock climb further as adoption of Windows 10 grows. In the last week of the free period, expect to see millions of users scrambling to install Windows 10 on their existing computers, and hopefully with minimal troubles.

Pasadena participate in this national event.

If you plan on having a party or small get-together, please contact the Pasadena Police Department’s Community Services Section at (626) 744-4551. They would like to stop by and meet new people and connect with as many people as possible.

Lincoln Avenue Christian Church at 1180 N. Lincoln Ave Pasadena is hosting a party and all our neighbors are welcome. We will have a In N Out burger truck cooking up free burgers from 6:00pm 7:30pm or until we run out!
We would love to meet new people. Everyone is welcome

This is billed as a security update.

We look forward to seeing you at AltCar!

There is no charge to attend the Public Expo and Ride & Drive, Friday, September 16, 10am-5pm and Saturday, September 17, 10am-5pm, other than the $10 parking fee if you choose to use the Civic parking lot. We encourage you to pre-register to allow fast entry into the Expo and AltCar programming.

We do not share your information with anyone. You will receive a confirmation upon submission. 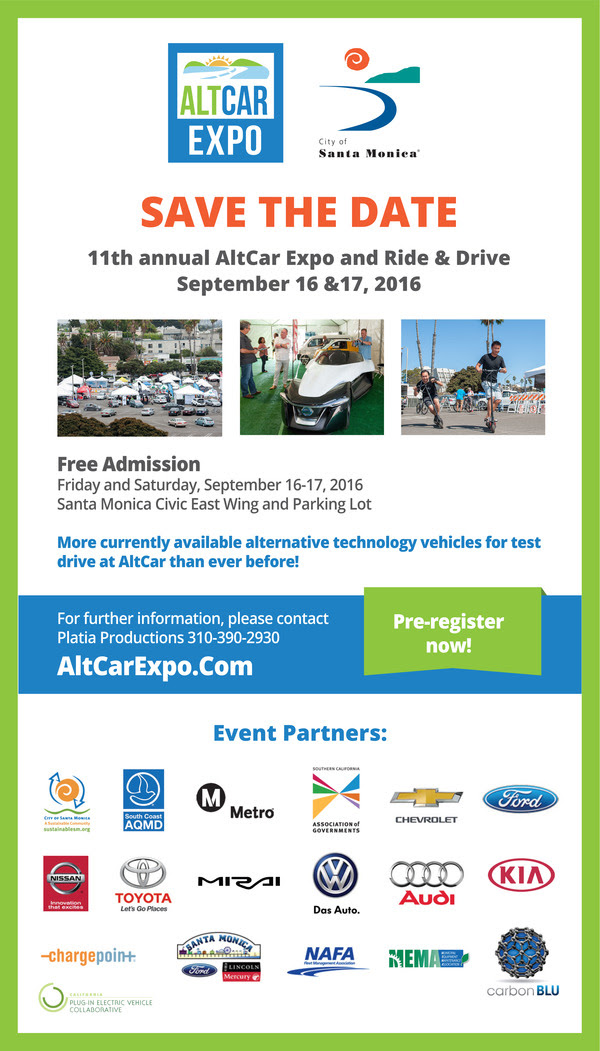 More currently available alternative technology vehicles for test drive at AltCar than ever before!

For the 4th year in a row, our celebrated Avocado Ale is back to quench the palates of hot & thirsty Angelenos, and we’re celebrating with an all-day party in it’s honor.

$1 from every Avocado Ale sold during the event will go to support The Ron Finley Project and their goals of transforming our food deserts in to food forrests!

*Brewer-led tours from 12-6p will be free, open to the public & first come/ first served

END_OF_DOCUMENT_TOKEN_TO_BE_REPLACED
Hahamongna Showdown & What Does Restoring the Arroyo Mean

Invite your friends and family and join us for a morning of super cars, classic cars, and coffee. Contact us with any questions at morningoctane@rusnakautogroup.com.

The mighty watermelon—summer’s favorite fruit (and vegetable, too)—gets a grand salute at The 54th Annual Watermelon Festival. This juicy celebration features a hand-, mouth-, and eyeful of unique contests, festivities, and fun for families and melon-mavens alike. Here are just a few of the highlights