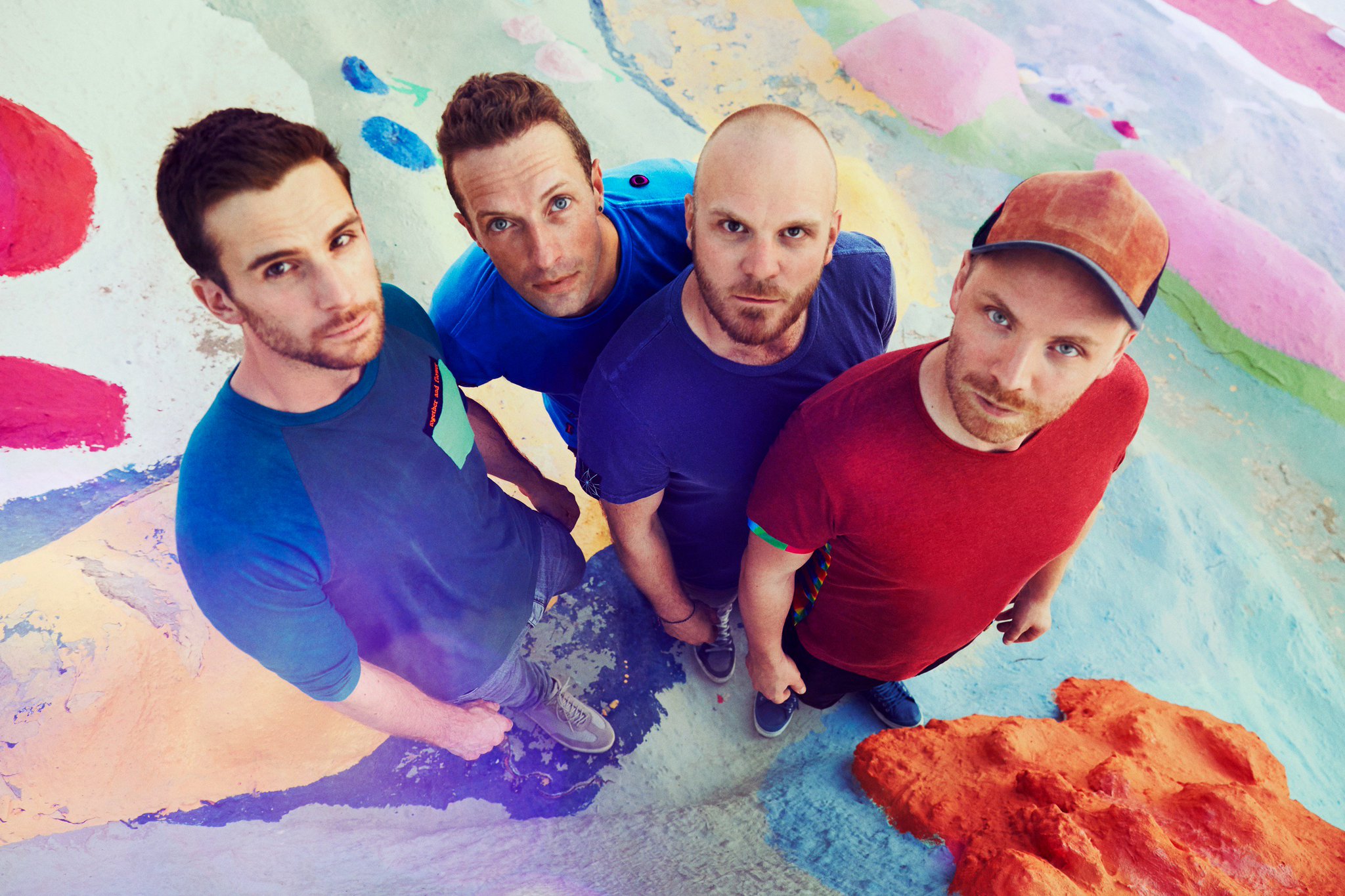 A Head Full of Dreams tour opens July 16 at New York’s Met Life Stadium and will reach the Rose Bowl in Pasadena on Aug. 20, 2016.

January 28, 2016 – Today, Coldplay announced the first U.S. shows of this year’s A Head Full Of Dreams Tour. This is the band’s first world tour since the 2011/12 Mylo Xyloto Tour, which was seen by more than three million people on five continents. The Live Nation produced tour kicks off on Saturday, July 16 at New York City’s MetLife Stadium. The complete list of shows is below.

Citi is the official credit card of the A Head Full of Dreams North American Tour. Citi cardmembers will have access to presale tickets beginning Friday, January 29, at 10 AM through Citi’s Private Pass Program. For complete presale details visit www.citiprivatepass.com. General tickets will be available beginning Friday, February 5, at 10 AM local time at www.livenation.com.

A Head Full Of Dreams is Coldplay’s seventh album and the follow-up to 2014’s GRAMMY®-nominated Ghost Stories. Since its December 2015 release, A Head Full Of Dreams has reached Number One on iTunes in more than 90 countries and sold over three million copies. It has also helped Coldplay to their current position as Spotify’s most-streamed band in the world.

Coldplay will headline the “Pepsi Super Bowl 50 Halftime Show” in Santa Clara, California on Sunday, February 7. On the January 31 episode of “CBS Sunday Morning,” Anthony Mason will interview Chris Martin about the band’s preparations for this prestigious event.

It has also been announced that Martin will be the next passenger in James Corden’s car in a road-trip themed installment of “Carpool Karaoke” from CBS’ “The Late Late Show with James Corden,” which will air the week of February 1. 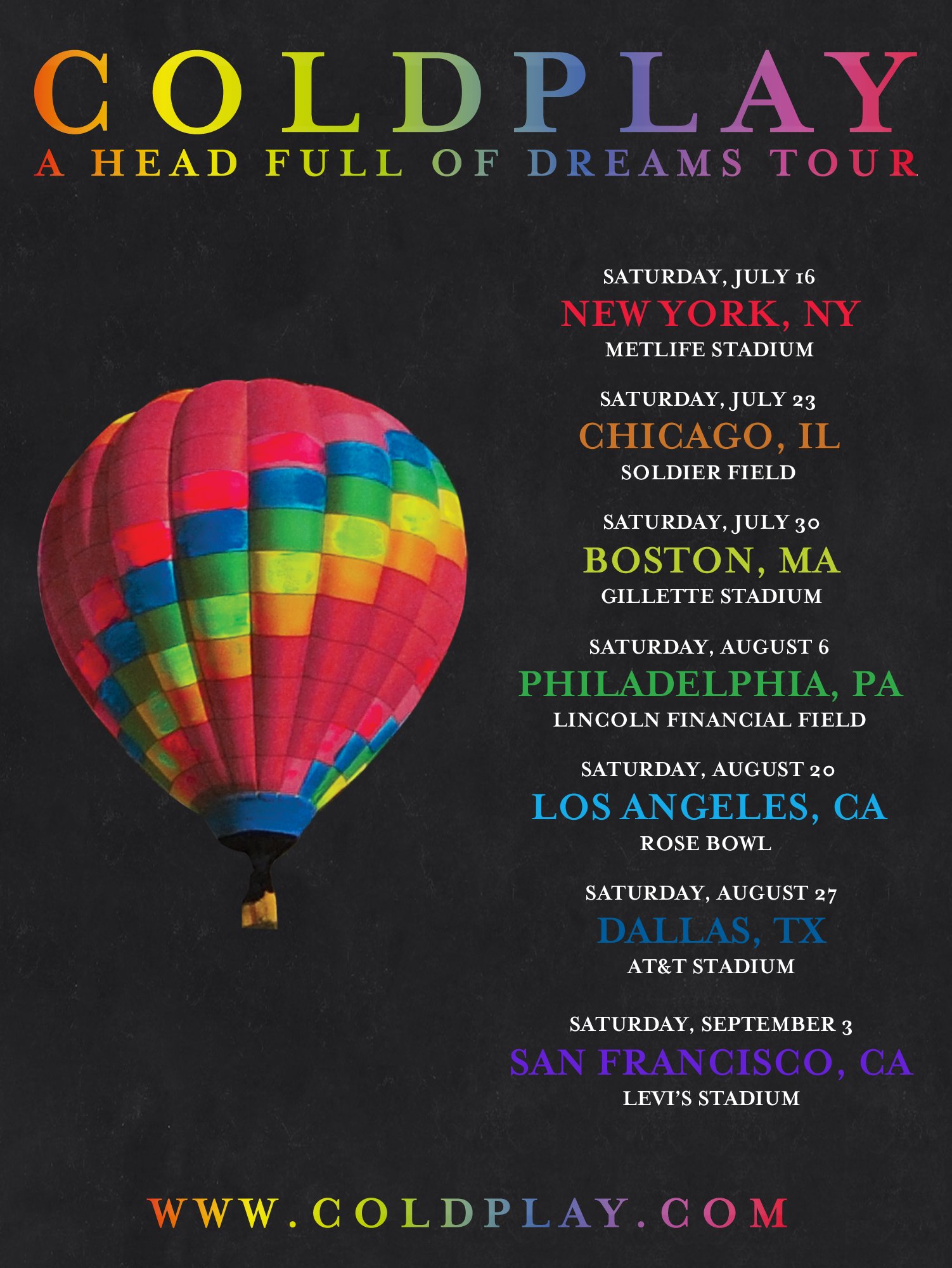