The big buzz on May 20, 2015 is that the Rolling Stones are playing at the famous Fonda Theater in Hollywood for a very special show. Tickets sold for $5 and are now selling online for various prices up to $1000 or more.

AEG is the promoter for the show. Selling tickets via AXS.

The last time the Rolling Stones played a little L.A. club, it was the 700-capacity Echoplex in Echo Park. Now they’ve moved up to the bright lights of Hollywood — keep an eye on these guys; it looks like they’re going places.

On Wednesday, the band confirmed what many L.A. fans and outlets had long suspected about its upcoming tour schedule. It will, indeed, play a previously unannounced show somewhere in Hollywood tonight.

Reps for the band declined to comment on the exact location, but it is widely believed to be the Fonda Theatre, where it would replace a set from the Americana act Shakey Graves that was moved to the Belasco at the last minute due to “logistics at the Fonda Theatre.”

The announcement, which came via the band’s Twitter account today, comes on the heels of a live Q&A they conducted on Twitter earlier this week. The group will broadcast behind-the-scenes footage on the company’s live-streaming Periscope service.

Here’s video from the show:
Last night, the Rolling Stones played a special surprise show at the Fonda Theatre in Los Angeles, with a one-time only set featuring the original Sticky Fingers album in its entirety with additional Stones hits.

The intimate performance was a celebration of the June 9th re-issue of the Sticky Fingers album, one of the most revered albums in the band’s storied catalog, the 1971 classic features timeless tracks such as ‘Brown Sugar,’ ‘Wild Horses,’ ‘Bitch,’ ‘Sister Morphine’ and ‘Dead Flowers’. The Stones will kick off their 15-city North American ZIP CODE Tour at Petco Park in San Diego on Sunday, May 24.

The Rolling Stones are going on tour. 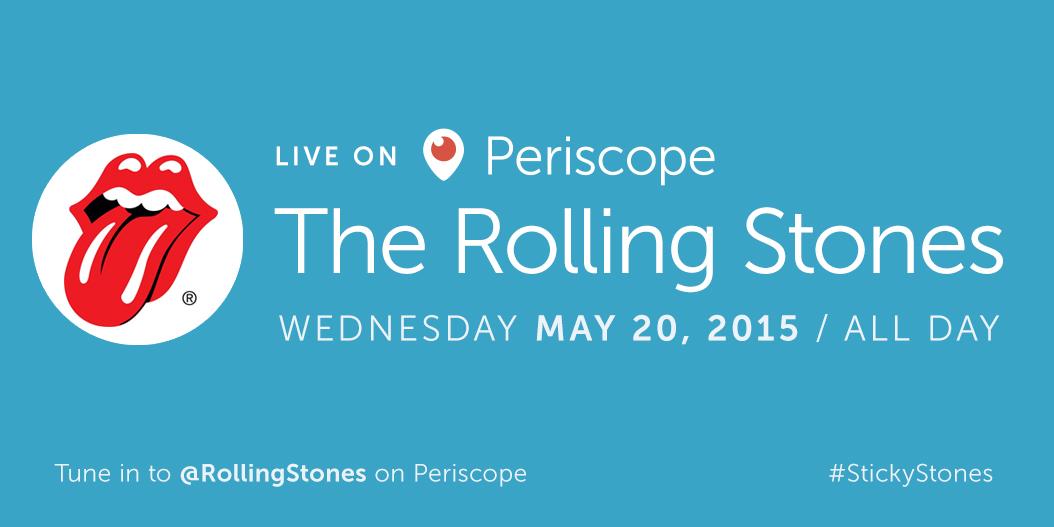