SpaceX is targeting launch of the Falcon Heavy Test Flight today, February 6th, 2018, at 3:45pm ET from Launch Complex 39A at Kennedy Space Center in Florida.

When Falcon Heavy lifts off, it will be the most powerful operational rocket in the world by a factor of two, with the ability to lift into orbit nearly 64 metric tons (141,000 lb)—a mass greater than a 737 jetliner loaded with passengers, crew, luggage and fuel.

You can watch the test flight and a simulation of what we hope happens during flight at www.spacex.com/webcast. 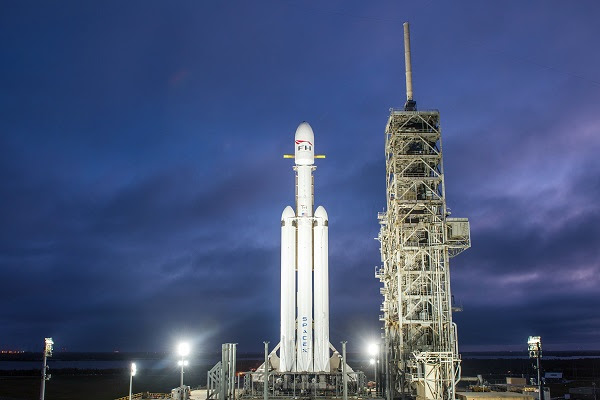