Many are still puzzled by the acquisition of Time Warner Cable by Charter. How is it that Charter was filing for bankruptcy not so long ago, and now is acquiring a company which by all measurements is larger than itself.
Not only does Time Warner offer faster internet speeds, but advertises more than Charter.

We shouldn’t expect to see Charter offering speeds of 300 anytime soon, perhaps in 2017. In the meantime we see AT&T boosting its speeds, but nowhere near the speeds Charter or Time Warner is able to offer. The AT&T U-Verse GigaPower speeds are still out of reach of most, in both being able to order and afford.
See map of AT&T GigaPower coverage here. Check availability here.

The images are coming. 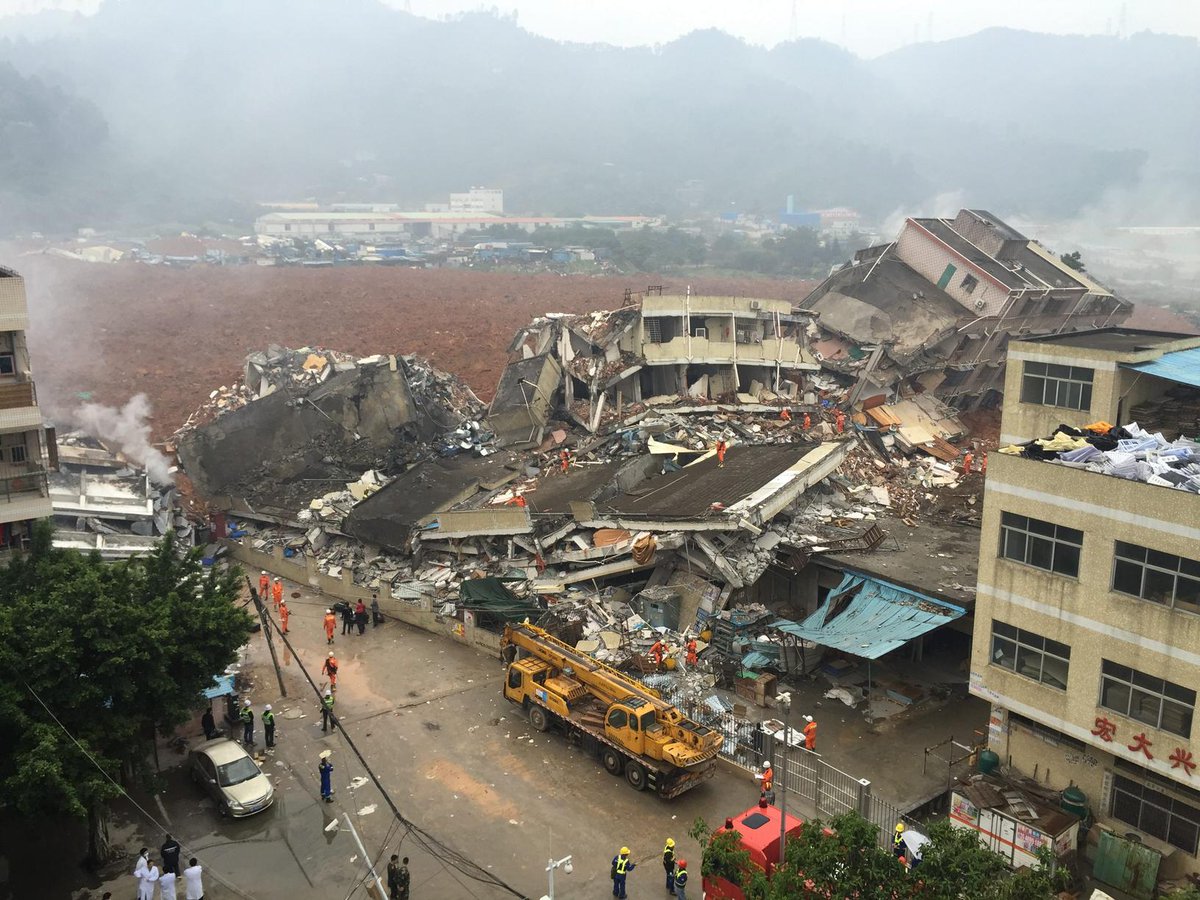 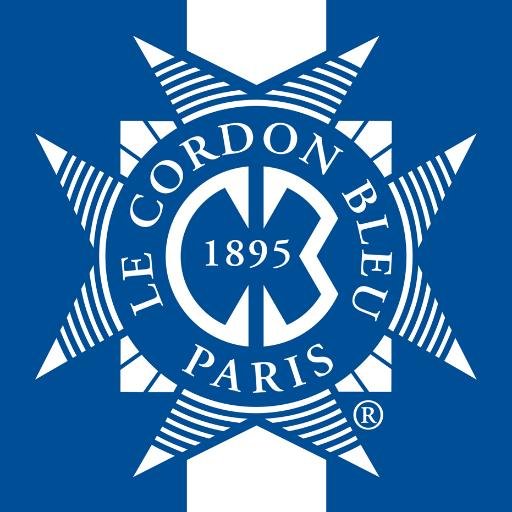 All campus locations are expected to be opened until September 2017.

This is the news release issued Wednesday December 16, 2015.

Company Also Announces Extension of Credit Agreement with its Lender

SCHAUMBURG, Ill.–(BUSINESS WIRE)– Career Education Corporation (NASDAQ: CECO) today announced that it will begin a gradual process of discontinuing the operations of its Le Cordon Bleu North America colleges of culinary arts. Le Cordon Bleu will no longer enroll new students after the January 2016 student cohort begins classes. The Company also announced that it has extended its credit agreement with its lender.

Career Education had previously been engaged in advanced negotiations with a potential buyer interested in acquiring all of the Company’s Le Cordon Bleu campuses. These discussions, and discussions with alternative parties, did not ultimately lead to an agreement the Company felt was suitable to complete a transfer of ownership that would protect student, faculty and stockholder interests. The decision to teach out the Le Cordon Bleu campuses is aligned with the Company’s strategic decision to divest or teach-out the remaining institutions of its former Career Colleges segment, which was previously announced in May 2015. As part of a “teach-out,” students making reasonable academic progress will have the opportunity to complete their program. All Le Cordon Bleu campuses are projected to remain open until September 2017.

“New federal regulations make it difficult to project the future for career schools that have higher operating costs, such as culinary schools that require expensive commercial kitchens and ongoing food costs,” said Todd Nelson, president and CEO of Career Education. “Despite our best efforts to find a new caretaker for these well-renowned culinary colleges, we could not reach an agreement that we believe was in the best interests of both our students and our stockholders. As discussions progressed, we continued to evaluate the decision taking into consideration factors including the economics between a sale and teach-out, impacts to students and stockholders and execution risk. By moving forward with a teach-out process we are better able to protect student interests and also retain all of the rights that we currently have to the Le Cordon Bleu brand. We will continue with our plan to refocus Career Education’s resources on predominantly online university education as we endeavor to provide students attending schools in ‘teach-out’ with appropriate resources to complete their program of study.”

Le Cordon Bleu North America offers hands-on educational programs in culinary arts, as well as patisserie and baking, to students at 16 campuses located in cities across the United States. It contributed $128.2 million and $172.6 million of revenue and ($43.5) million and ($66.6) million of operating losses for the nine months ended September 30, 2015 and for the year ended December 31, 2014, respectively. As a result of the decision to teach-out the Le Cordon Bleu campuses, the results of operations for these campuses will now be reported within continuing operations.

The Company expects to record approximately $52 million to $64 million of restructuring charges related to the teach-out of the Le Cordon Bleu campuses. These estimated charges are based on several assumptions, including the timing of campus teach-outs, amount of estimated sublease income related to our real estate lease obligations and estimated severance charges based upon timing of staff departures and are subject to change. These costs primarily relate to severance and retention charges (approximately $12 million – $14 million); costs associated with exiting lease obligations, net of estimated sublease income (approximately $35 million – $40 million); and non-cash long-term asset impairment charges (approximately $5 million – $10 million). The impairment charges and severance and related charges will primarily be recorded during the fourth quarter of 2015 and the lease charges will be recorded at the time each facility is vacated, which is expected to be during 2017. These amounts will result in actual cash outlay through 2017 for severance related charges and, for lease obligations, from the teach-out date through varying dates based on each respective lease end date, with the latest lease expiring during 2022.

The Company has previously provided certain estimates regarding its future cash and investments balances, operating margins and adjusted EBITDA for its Transitional Group reporting segment and discontinued operations. These estimates assumed a completed sale of the Le Cordon Bleu campuses, among other things, and therefore the decision to teach out Le Cordon Bleu impacts the information previously provided and it should no longer be relied upon. The Company continues to expect to maintain cash, cash equivalents, restricted cash and investments balances of approximately $190 million in 2015 excluding the timing impact of outstanding checks, deposits and other transfers. The Company continues to expect those balances to decrease in 2016 as compared to 2015, although the Le Cordon Bleu teach-out decision has a favorable impact to previous 2016 expectations primarily due to the previous expectation of a payment to the buyer upon the completion of a sale. The long-term cash impact of a teach-out decision versus a sale decision depends on our ability to minimize the impacts of the future lease obligations discussed above. The Company intends to provide updated information, to the extent deemed appropriate, at the time of its announcement of the Company’s financial results for the year ended December 31, 2015.

The Company also announced today that it has executed an amendment to its agreement with its lender, BMO Harris Bank, which extends the terms of the Credit Agreement to December 31, 2018 and revises certain covenants. The amended agreement provides for a $95 million revolving credit facility which reflects the reduced size of ongoing operations and the long-term operating cost structure of Career Education’s business. The cash collateral requirements of the Credit Agreement remain unchanged.

Nelson concluded, “We are pleased that our lender has recognized the success that our restructuring and transformational actions have had on our business and thus has agreed to extend the agreement as well as modify the covenants associated with our lending agreement to reflect our ongoing business.”

Pasadena Police Department Traffic Unit will be conducting a DUI/Drivers License Checkpoint on Friday, December 18, 2015 , at an undisclosed location within the city limits between the hours of 7:00 p.m. to 3:00 a.m.

The deterrent effect of DUI checkpoints is a proven resource in reducing the number of persons killed and injured in alcohol or drug involved crashes. Research shows that crashes involving an impaired driver can be reduced by up to 20 percent when well-publicized DUI checkpoints and proactive DUI patrols are conducted routinely.

In California, this deadly crime led to 802 deaths and nearly 24,000 serious injuries in 2012 because someone failed to designate a sober driver. Nationally, the latest data shows nearly 10,000 were killed by an impaired driver. “Over the course of the past three years, DUI collisions have claimed 7 lives and resulted in 90 injury crashes harming 152 of our friends and neighbors,” said Pasadena Police Chief, Phillip L. Sanchez.

Officers will be looking for signs of alcohol and/or drug impairment with officers checking drivers for proper licensing delaying motorists only momentarily. When possible, specially trained officers will be available to evaluate those suspected of drug-impaired driving, which now accounts for a growing number of impaired driving crashes. Drugs which may impair driving not only include illegal narcotics, but many prescription drugs, marijuana, and even some over-the-counter medications.

DUI Checkpoints are placed in locations based on collision statistics and frequency of DUI arrests affording the greatest opportunity for achieving drunk and drugged driving deterrence. Locations are chosen with safety considerations for the officers and the public.

Drivers caught driving impaired can expect the impact of a DUI arrest to include jail time, fines, fees, DUI classes, other expenses that can exceed $10,000 not to mention the embarrassment when friends and family find out.

Funding for this checkpoint is provided to Pasadena Police Department by a grant from the California Office of Traffic Safety, through the National Highway Traffic Safety Administration, reminding everyone to ‘Report Drunk Driver – Call 9-1-1’.
– See more at: https://nixle.com/alert/5549022/#sthash.Gw3UUqdH.dpuf

So I must admit I am not a heavy user of Uber, but after a few uses I can say for the most part it is pretty good.

One issue I have is that you cannot call Uber for support, you have to email someone at Uber, which seems like a big problem. For instance tonight I was arranging a pickup of someone and the first driver canceled, the second drive picked up the person and then asked how they would be paid, and could not figure out the address where he was going, then the third person finally go there and is on his way with the passenger.   So 45 minutes after making the first request we have a driver who knows what they are doing.

When you contact the driver, you are not texting their personal number, it is a shared number for calls and texting.

So when I tried to text the second driver who was pretty much clueless, the third driver received it, and was confused.  Then I learned that the number is shared to protect the privacy of the driver and passenger.

Uber is workable but it does require some patience, and perhaps there should be more work done to check drivers who signup for the service and not allow anyone to signup.

And doing spot checks on drivers to maintain service standards.

For now if you have a problem, the best thing to do is post on social media, and email  support@uber.com.

Approx 640,000 Los Angeles Unified School District students are being asked to stay home due to a credible threat.

The alert went out at approx 6:45am. Details are still developing. School district officials will make a formal announcement. No other threats in the LA County area are known. Second largest school district in the nation.

Every schools will be examined. 900 schools are closed.

The threat appears to have come from overseas.

An announcement revealed that the threat was made to MANY schools with backpacks being detailed. An “electronic threat” was received. FBI was notified. Still be analyzed. Threat was to students at schools.

Every school will be searched so that schools are safe for Wednesday.

Ramon Cortines with the LAUSD made an announcement. Children walking to school will be taken care to make sure they get come safely.

All schools are going to be inspected for anything that is suspicious.

Los Angeles has one of the largest school districts in the United States.

The nature of the threat is not known.

Brewyard is a small family owned brewery in Glendale, CA passionate about brewing beers. The taproom is now open!

Glendale’s first brewery, hidden inside an industrial park under a bridge just off San Fernando Road.

10 days window for water being restricted.

There is work being done by MWD.

We really have no choice.

Level 4 water restrictions.
No watering or irrigation
24 hours after notification
Restrictions on filling pools and ponds

Are you shopping for an Apple Watch? Now is the time if you like to shop at Walmart or Target.

You can purchase online at the following.

Have you wondered why the local government channels are not in HD?

Is it that the cable TV companies like Charter and AT&T are not getting an HD signal?

In Pasadena KPAS delivers an HD signal feed to Charter and then Charter and AT&T convert to SD(standard definition) which if you have seen the quality it looks worse than the quality you use to get with over the air analog.