Welcome to the White House, @Pontifex! Your messages of love, hope, and peace have inspired us all.

What a great morning, when Pope Francis visits the White House in Washington. 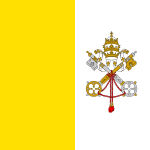 Pope Francis will speak at the White House. What he says will have an impact.

Pope Francis is 78 years old, and he gets around.

He was in Cuba earlier before arriving to the US.

The Pope is the leader of 2 billion Catholics around the world.

Hundreds of thousands if not millions will line up along the route to see the Pope.

With a busy schedule.

Security is very tight for his visit.  Only the 3rd Pope to visit the US.

Here is the Pope’s schedule for the next few days: